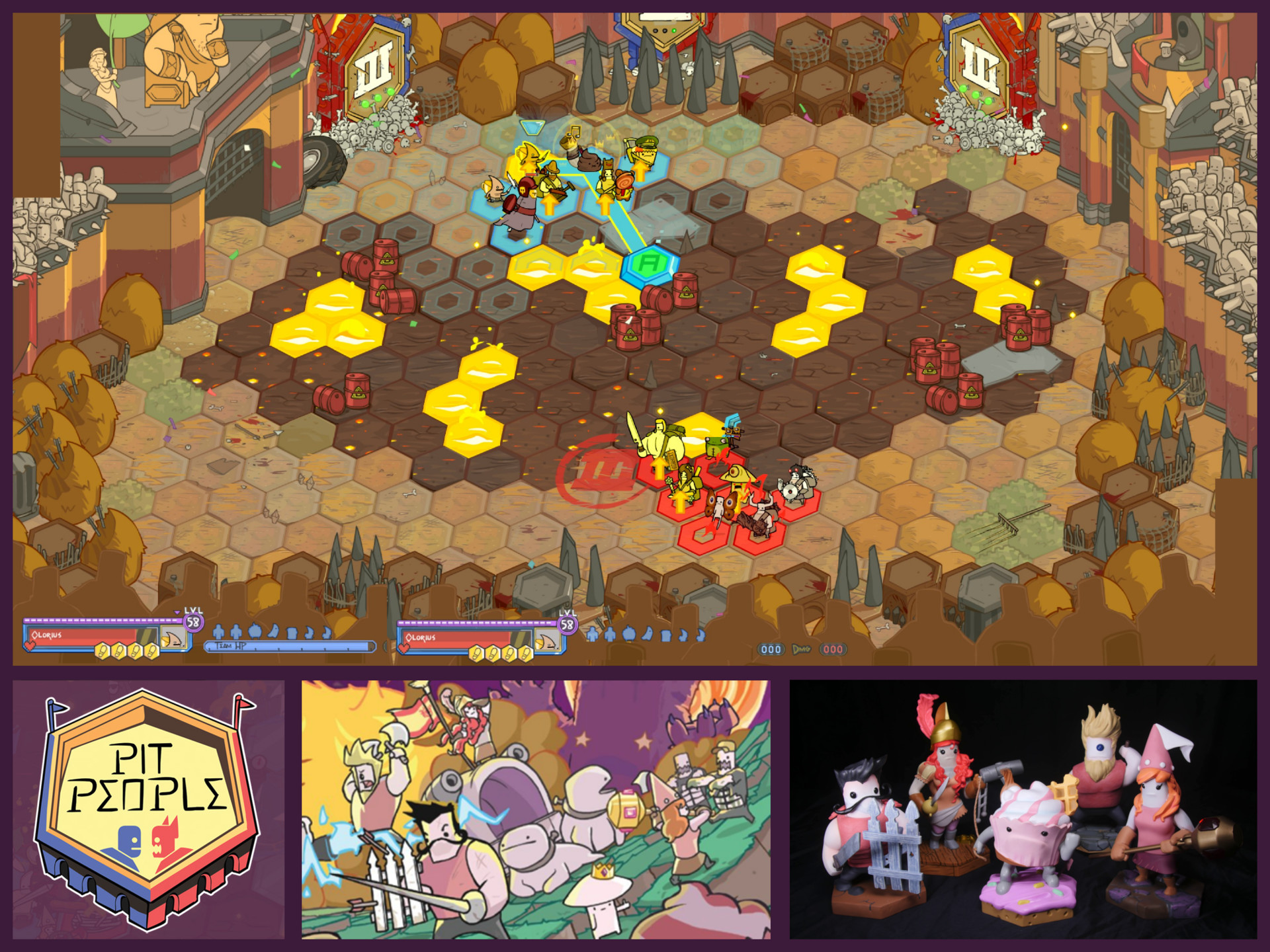 Some of the Pit People references used

Initial blocking in with basic shapes

Total of 2 sheets used for all non-character environment objects; one for all large walls/surfaces, the other for all static objects. All textures have accompanying normal maps and combined AO/Roughness/Metal maps

I recreated an arena from Pit People! Starting with a reference screenshot and Pit People promo images, I designed the colosseum and modeled a bunch of hexagonal modular components. They're exported and then assembled in UE4. Some custom shaders were written for fun effects (toon outline, lava, audience bouncing, decals, slight texture/geometry randomization). Ambient particle effects were also added to the lava. Finally, the video was composed and rendered with Unreal's sequencer.

Next
Sarah and Totoro
More artwork 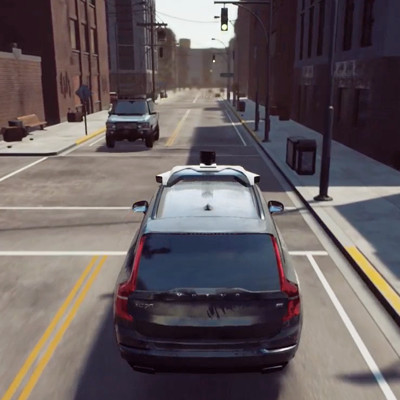 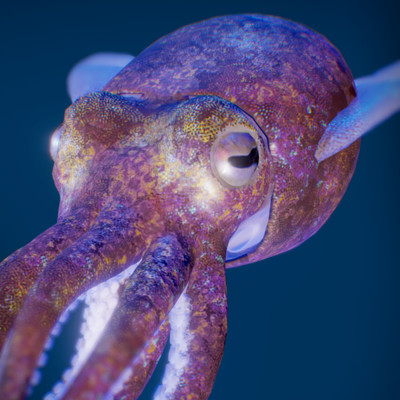 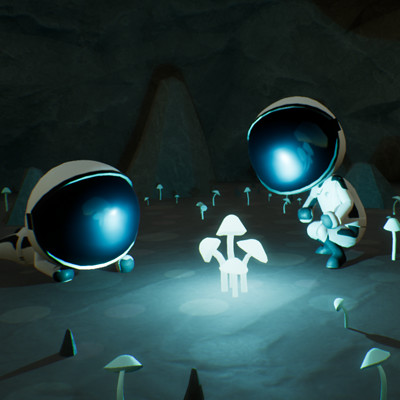